For those who haven’t heard the news yet, we, unfortunately, lost a legend and a dear friend on February 4th, 2022. His name was Bob Proctor, and over the course of his career, he helped millions of people reach their full potential through his best-selling books, lectures, speeches, programs, and more. Over the years, I had the privilege of interviewing Bob three times and I learned SO much during every discussion.

But one of the biggest lessons I took away from Bob’s incredible life wasn’t through his words, it was through his actions. Despite being in his eighties, Bob was STILL living his purpose day in and day out – flying all over the country and world to help change people’s lives and live a life of service. I found that so very inspiring and will always look up to him for it.

Today, I wanted to honor his life and legacy with a special tribute episode to shine light on some of Bob’s most memorable moments and transformative insights he had on the show. During his life, he changed so many people’s lives, and by continuing to share his message I know he’ll continue inspiring us all for years to come.

To millions of people across the globe, the name Bob Proctor is synonymous with success. Long before his role in the movie The Secret sent him into the realm of superstardom, he was already a legendary figure in the world of personal development.

His insights, inspiration, ideas, systems, and strategies are the dimes on which countless lives have spun — the sparks that have ignited career transformations, personal epiphanies, inner awakenings, and the creation of million-dollar fortunes the world over.

Proctor is a direct link to the modern science of success, stretching back to Andrew Carnegie, the great financier and philanthropist. Carnegie’s secrets inspired and enthused Napoleon Hill, whose book, Think and Grow Rich, in turn inspired a whole genre of success philosophy books. Napoleon Hill, in turn, passed the baton on to Earl Nightingale who has since placed it in Bob Proctor’s capable hands.

Proctor’s wide-ranging work with business and industries globally reads like a “who’s who” of some of the largest companies in the world: Prudential Insurance Company of America, Procter and Gamble, Metropolitan Life Insurance, Royal Doulton, and United States Steel, to name a few.

He has pioneered breakthrough work in the area of the mind and paradigms, prompting Dr. John Mike to assert, “I spent four years in medical school and five years in psychiatric training that included a two-year fellowship in Child and Adolescent Psychiatry. I have learned more through Bob Proctor and his teachings about the unconscious or subconscious mind than in all my years of training.”

At 85, Proctor is a living testament to his own sage advice: we don’t need to slow down, we need to calm down. His company, the Proctor Gallagher Institute is headquartered in Phoenix, AZ and operates globally.

If you’re ready to learn how to live a happier, healthier, more purpose-driven life from one of the top experts the personal development space has ever seen, then I think you’ll love this episode. And now, please join me for a very special Episode 1,227 of The School of Greatness.

If You Want To REVERSE AGING & Live To 120+ Years Old, WATCH THIS! | Peter Diamandis

The Quick And Easy Guide to Copywriting 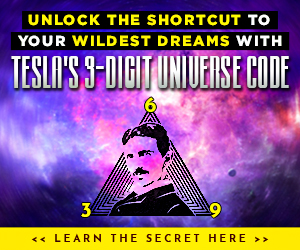 If You Want To REVERSE AGING & Live To 120+ Years Old, WATCH THIS! | Peter Diamandis

The Quick And Easy Guide to Copywriting